Clear The Shelters 2022 among most successful years

Nearly 140 At-Risk Dogs, Cats To Be Adopted After ‘Life-Saving’ …

About Clear the Shelters

NBC and Telemundo owned stations are teaming up with hundreds of shelters across the country to host Clear the Shelters, a nationwide pet adoption drive during the month of August to help find loving homes for animals in need. More than 703,04 pets found their forever homes since 2015. 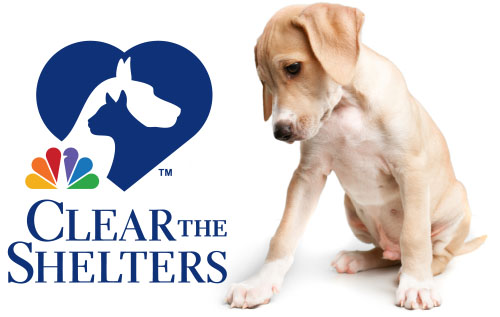 Meet Dobby: Once a Hungry Stray, Now She Needs a …

Abby the Dog, Missing for 2 Months, Found Alive Inside …

Here’s How Much Cute Puppies Can Cost, and How to …

Goldendoodles, Maltipoos, Morkies: A Warning Before …

Find Adoptable Pets in Your Area Using the ‘WeRescue’ …