WICHITA FALLS (KFDX/KJTL) — The affidavits for two arrested by the Wichita Falls Police Department’s Gang Task Force Wednesday night reveal what appears to be a large drug operation at a home on North 6th Street.

Jershad Bowen and Kennedy Polley-Dulin are both facing charges of manufacture or delivery of a controlled substance over 200 grams.

Bowen is also facing charges also of unlawful possession of a firearm by a felon and tampering or fabricating physical evidence with. His bonds total $70,000.

Polley-Dulin was also arrested on drug charges from 2018 and a municipal warrant with bonds totaling $110,000.

Witnesses on scene said SWAT officers had to deploy gas into the home before making the arrests.

According to the affidavit, officers made entry and found Bowen and his girlfriend, Polley-Dulin inside.

During a search, officers found 191 grams of suspected methamphetamine inside a bathroom toilet, 19 grams on the kitchen counter, and another 29 grams lying in the hallway, totaling 239 grams.

Police said the drugs were found packaged in individual baggies, and multiple digital scales were found, leading them to believe the suspects were selling or distributing. 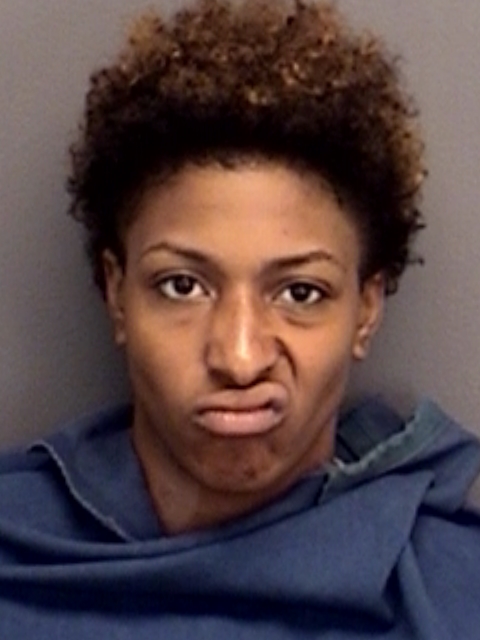 According to the affidavit, the substance in the baggies was tested and found to be positive for the presence of methamphetamine.

In addition to the narcotics, multiple firearms were found inside the home, including a Glock-22 handgun lying in plain view on the dining room table.

Polley-Dulin has six arrests and numerous drug charges beginning in 2018 in Wichita County.

In 2019, Polley-Dulin was arrested and later sentenced to 96 days in jail on drug charges and for failing to identify as a fugitive.

According to that affidavit, she told an officer her name was “Malaysia Alexander”.

Home for the Holidays – KFDX 3 News at Five

Need a gift you can easily pack? Give them a scarf …