WICHITA FALLS (KFDX/KJTL) — A Wichita Falls woman faces felony charges after police said she pulled a gun on her cousin and threatened her during an argument over $18. 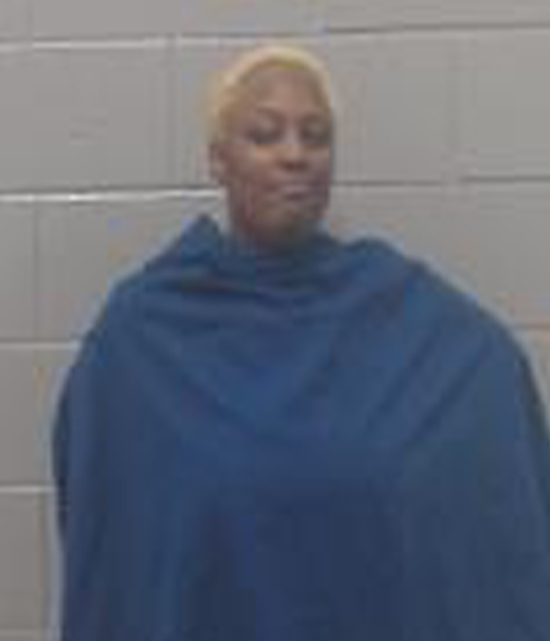 LaDasha Taniesha McDowell, 20, was arrested on Thursday, April 28, 2022, and is charged with Aggravated Assault Family Violence.

At last check, McDowell remains in Wichita County Jail with a bond set at $15,000.

According to the arrest affidavit, officers with the Wichita Falls Police Department were dispatched to the Double S Apartments on Burkburnett Road in reference to a disturbance at around 9:20 p.m. on Thursday, April 28, 2022.

Officers headed to the scene were advised by dispatch of people were fighting and that one of them said they were going to get their gun.

When responding officers arrived on the scene, they reported a group of people engaged in a verbal altercation.

Police said the officer at the scene identified McDowell from previous interactions and spoke with her.

The affidavit said McDowell told the officer her cousin and her cousin’s boyfriend, who live at the same apartment complex, had let her borrow $18.

The officer at the scene noted McDowell was “very worked up and her story was all over the place.” McDowell did admit to pulling a gun out but said she did so in self-defense, and also said she never pointed it at anyone.

When police spoke with McDowell’s cousin, the victim, she told them McDowell owed them money and hadn’t paid it back.

According to the affidavit, the victim told police McDowell had been messaging them all day and started an argument with them over the money.

CRIME OF THE WEEK: Keith Mann missing for 25 years, reward for information up to $25,000

The victim said at a later point in the day, she and her boyfriend walked out to their car to get a phone charger, at which time McDowell started another argument with them over the money.

The victim told police the conflict escalated when McDowell brought up a miscarriage the victim had previously. A witness told police McDowell eventually went in her house and retrieved a revolver.

According to witnesses at the scene, McDowell loaded two rounds into the cylinder of her revolver and spun it, then looked at her cousin and her cousin’s boyfriend and said, “I’m going to shoot them.”

The affidavit said the witness told them at that time, McDowell pointed the revolver at her cousin and her cousin’s boyfriend, began cursing at them and repeatedly said she would kill them.

According to police, the witness said in order to prevent McDowell from shooting her cousin, they pushed McDowell against a wall and took the gun from them.

When officers collected the gun, they found two live rounds in the chamber.