WICHITA FALLS (KFDX/KJTL) — A man is arrested for a fourth time in the month of May alone after police said he attempted to steal 30 DVDs by concealing them under his shirt. 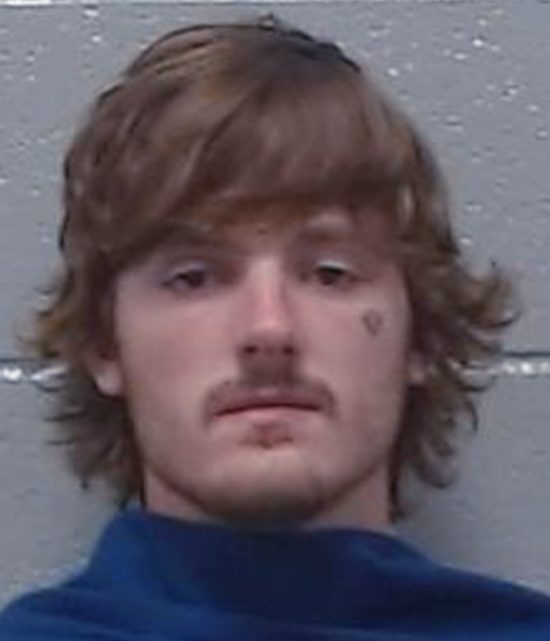 Tyler Christian Offield, 23, of Henrietta, is charged with theft under $2,500, enhanced with two or more previous theft convictions and criminal trespass.

Offield also had an outstanding warrant issued for an unauthorized use of a vehicle charge stemming from a 2021 arrest.

Offield’s bonds from the outstanding warrant and his new charges total $25,750.

According to the arrest affidavit, officers with the Wichita Falls Police Department were dispatched to the Walmart at 2700 Central Freeway on Saturday, May 28 in reference to a theft in progress.

According to a responding officer, upon his arrival he was waved down and told the suspect took of running eastbound through the parking lot of Walmart. The officer was able to catch up to him behind the shopping center and detain him.

The affidavit said after identifying the suspect as Offield, the responding officer performed a records check revealing an outstanding warrant.

Authorities said a Loss Prevention employee with Walmart told police they observed Offield enter the store through the general merchandise entrance and followed him because he had stolen from them in the past.

According to the affidavit, the Loss Prevention employee told police they saw Offield go to the electronics department and select several DVDs, then Offield would walk off and conceal the DVDs under his shirt.

The employee told police this happened several times before Offield attempted to leave the store.

The affidavit said Offield was stopped in the vestibule of the general exit of Walmart and initially cooperated, but as they were walking to the Loss Prevention office, Offield took off running from the store.

The employee told police he was able to recover a total of 30 DVDs valued at $647.80

Police said a records check indicated two prior convictions for Offield for theft, enhancing the charge to a state jail felony.

Offield’s arrest on May 28 marks his fourth arrest in the month of May 2022 alone. He was arrested on May 6, May 8, and May 14, and charged each time with Public Intoxication.

The arrests for public intoxication came as Offield was serving a 5-year deferred sentence stemming from an incident in 2021 when police said he took a man’s keys, wallet and cell phone during an emergency situation.

According to police, on March 28, 2021, the victim was driving on Southwest Parkway and had to pull over at the parking lot of McDonalds after experiencing a medical issue.

The victim told police he passed out and had to be taken to the hospital by ambulance, but at some point, Offield took his keys, cell phone and wallet.

Offield was ordered by 89th District Court Judge Charles Barnard in November 2021 to serve a 5 year deferred sentence on the state jail felony charge of unauthorized use of a vehicle, as well as pay the victim over $8,500 for full restitution for the vehicle.

In April 2022, the court modified the condition of the sentence, requiring Offield to complete an alcohol and drug evaluation and successfully complete at 28-day residential treatment program.

In May, following his numerous Public Intoxication arrests, Wichita County District Attorney John Gillespie filed a motion to proceed with adjudication of guilt for the state jail felony charge after alleging Offield failed to uphold nine conditions of his community supervision.

Gillespie alleged in the motion Offield violated the following terms of his sentence:

The motion alleges in February and March 2022, Offield admitted to using fentanyl and marijuana, and also admitting to using marijuana at the times of his public intoxication arrests.

According to that motion, Offield also hadn’t reported to the county since November 2021, hadn’t found a job, and at a point left the county for more than 14 days without prior authorization. He also never paid any fines or restitution.

Bank of England hikes rates by half-point to tame …