WICHITA FALLS (KFDX/KJTL) — A Seymour woman is back in jail on drug charges just three days after her release from jail after receiving a five year probated sentence for fraud, her third arrest in less than six months. 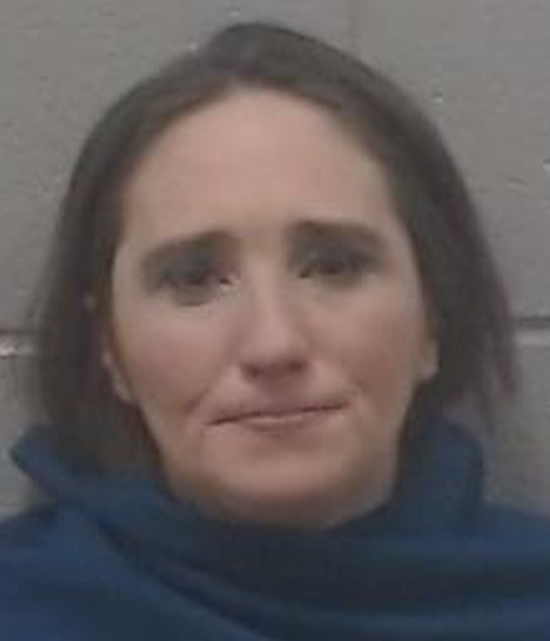 According to Wichita Falls Police Department Public Information Officer Sgt. Charlie Eipper, Jessica Kellum, 40, of Seymour, is charged with manufacture and delivery of a controlled substance over four grams and under 200 grams.

Sgt. Eipper said in a news release a WFPD patrol officer attempted to stop a white Chevrolet pickup truck at the intersection of Kemp Boulevard and 9th Street for a traffic violation on Sunday, April 17, 2022 around 2:36 a.m.

According to authorities, the vehicle did not stop and the officer lost sight of the pickup truck a few moments later.

Sgt. Eipper said a short time later, the officer located the truck stopped at the intersection of Inglewood Drive and Fillmore Street.

Police said the vehicle was occupied by four people but the driver had fled from the scene on foot.

According to Sgt. Eipper, the officer and his partners searched the vehicle and found a backpack belonging to the back drivers-side passenger, Kellum, containing around 153.71 grams of methamphetamine.

Sgt. Eipper said the other occupants of the truck were also arrested for assorted charges such as possession of a controlled substance in penalty group 2 and other arrest warrants.

A records check revealed Kellum was arrested on November 20, 2021 for forgery financial instrument after police said she attempted to cash a check for $560 at a local bank that the owner of the check did not write.

A search of Kellum also uncovered over 50 checks, identification cards, and debit cards from multiple victims, so a charge of fraudulent use or possession of identifying information, 50 or more items was added.

Kellum also had a theft charge out of Knox County and a municipal charge for allowing an animal to run at large. She spent 17 days in jail before bonding out on the two forgery and fraud charges.

On December 20, however, she was arrested after police said they found a syringe containing meth in her purse during a traffic stop.

This charge was dismissed after Kellum agreed to a plea deal, probating a 10-year prison sentence from the November 20 fraudulent use or possession of identifying information into a 5-year community supervision sentence.

The deal was signed and she was released from jail on Thursday, April 14, 2022, three days prior to her most recent arrest.

Pedestrian dies after being hit by truck