WICHITA FALLS (KFDX/KJTL) — A Wichita Falls teenager is facing multiple felony charges after police said he pointed a gun at a woman in her driveway, then stole her car, then attempted to flee through a field. 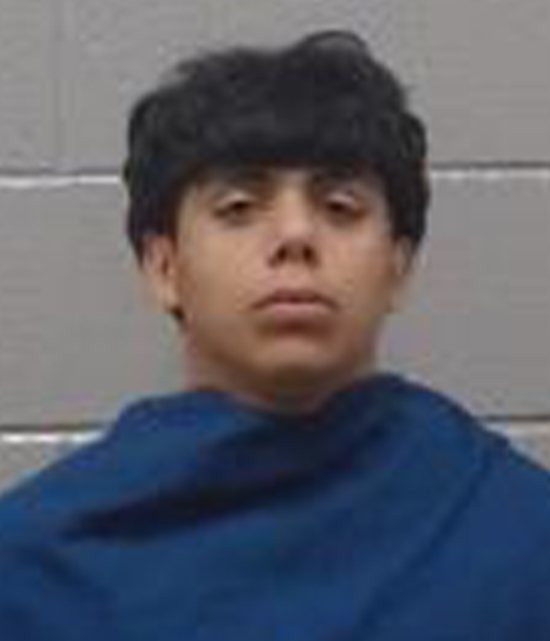 According to the arrest affidavit, police responded to a disturbance call on Saturday, May 28, just before 11 p.m. at the 7-Eleven convenient store located off Central Freeway.

Police said a woman told them a male pulled a gun on her and stole her vehicle.

When officers with the Wichita Falls Police Department arrived at the 7-Eleven, the victim told them the robbery had actually occurred in the 2000 block of Maurine Street, and she had walked to the convenient store because she didn’t have a way to call for help.

The affidavit said the victim told police she was inside of her vehicle in her driveway when a male subject approached her and displayed a handgun.

The victim told police the suspect had a bandana covering his face and pointed a gun at her while telling her to “get the f*** out of the vehicle.”

According to the affidavit, the victim told police she complied out of fear, and the suspect left with her car, a black Nissan Sentra with black rims and a damaged drivers side door.

According to police, the victim could not remember her exact license plate number, but using her laptop, was able to access her ELO GPS account to track the vehicle’s location.

After watching the vehicle move to several locations around Wichita Falls, and being unable to locate it successfully, police said they were able to track the vehicle using the victim’s ELO GPS account to the parking lot of the Sun Valley Apartments.

WFPD officers arrived at the apartment complex and located a black Nissan Sentra matching the description of the victim’s vehicle. A check of the tags revealed the victim to be the registered owner of the vehicle.

The affidavit said once police activated their overhead lights, the vehicle left its parked position and began traveling through the grass on the west side of the apartment complex and traveled approximately 100 yards before coming to rest.

After removing the suspect, later identified as Torres, from the vehicle, police said they located a black 9mm handgun between the drivers seat and the center console.

According to the affidavit, a check of the gun’s serial number by police showed it to be stolen.

Pedestrian dies after being hit by truck

Saddle up for the rodeo and crowning at Jim Bowie …