WICHITA FALLS (KFDX/KJTL) — A woman with 31 prior arrests on record finds herself back in jail after police said she attacked another woman with a knife in a gas station parking lot in a dispute over her SNAP food stamp card.

PRIOR ARREST: Woman back in jail after police say she stuffed adult items into her underwear 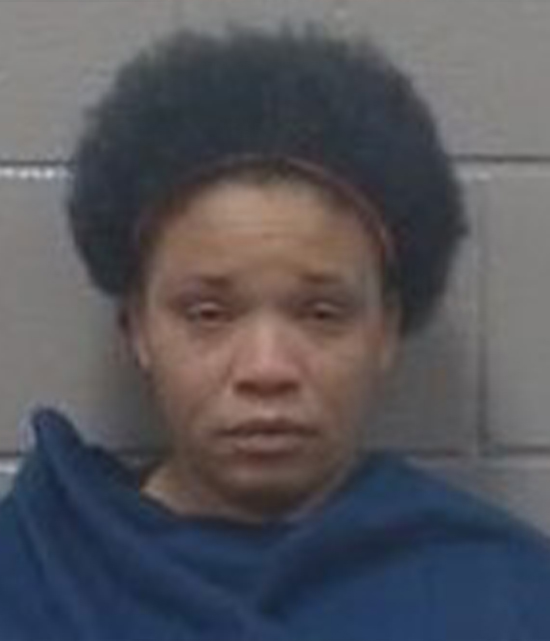 Shastevia Jaynell Lynn Cook, 38, of Wichita Falls, is charged with aggravated assault with a deadly weapon, with a $50,000 bond set.

Cook was booked into the Wichita County Jail on Monday, August 15, 2022, just 17 days after she was released after serving a 60-day sentence for evading, and was sentenced to five years probation for theft from Walmart in 2019 when she had two or more prior theft convictions.

On Monday, August 15, an officer on patrol said he saw a disturbance in the parking lot of a convenience store located on Iowa Park Road.

According to the affidavit, the officer said a woman later identified as Cook was assaulting another woman. When he pulled up, he said the two women separated and the victim had several lacerations on her hands and face.

The victim told the officer she was in the store when Cook confronted her and accused her of using Cook’s food stamp card. She said she left the store and Cook followed her outside and pushed her finger into her forehead and threatened to cut her.

The victim said she pushed Cook away and Cook pulled out a knife and began swinging it at her, resulting in cuts to the victim’s hands and face.

Police said the knife was found inside the victim’s car after Cook either lost control or threw it. Two witnesses who had tried to break up the fight confirmed Cook had a knife, and a third witness said he saw Cook holding the victim by the throat and pointing a knife at her face.

Cook’s last arrest was in May on 10 charges, including 7 for theft and one for resisting arrest.

In 2021, Cook was charged with resisting arrest and theft after police said she ran from the Adam and Eve store on Wayne after putting adult toys in her underwear and purse.

When police found Cook, they said she resisted and told them, “I’m not going back to jail… I just got out!”

Before that incident, she was arrested when employees at Dirt Cheap on Southwest Parkway said she took a large pile of clothes and when they chased after her she threw the clothes down. When police arrived they said Cook was yelling at the employees that she wasn’t going to jail for something she didn’t do.

In 2020, Cook was charged with forgery after two checks she wrote to Circle C Liquor on Kemp Boulevard that totaled around $3,000 were found to be fraudulent.

In 2005, Cook was convicted of prostitution and spent 24 days in jail. Overall, she’s been charged with prostitution six times.

Other charges on Cook include aggravated robbery, assault, child endangerment, disorderly conduct, and unauthorized use of a vehicle.

What the Tech: Amazon Echo vs Google Nest Hub