WICHITA FALLS (KFDX/KJTL) — A Wichita Falls mother faces a state jail felony after police said she allowed a registered sex offender to continue living with her and her children after one of them told her the man had sexually assaulted her. 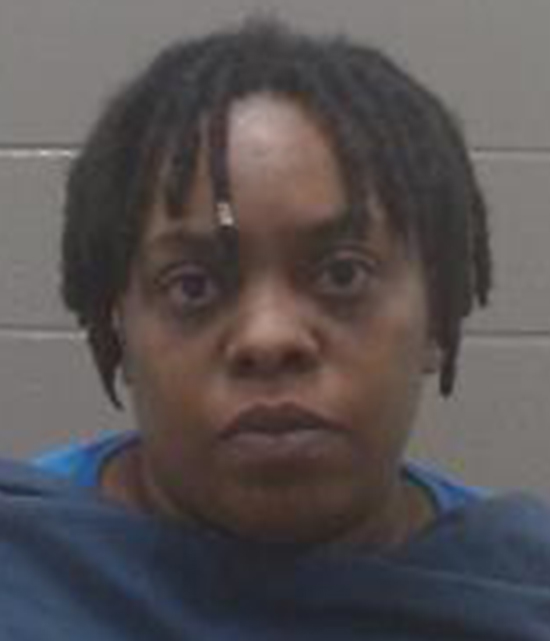 Shamila Nichelle Green is charged with abandoning or endangering a child intentionally, knowingly, recklessly or with criminal negligence, a state jail felony.

The arrest affidavit said the victim, Green’s 10-year-old daughter, made an outcry to a school counselor on March 23, 2022.

The victim told her counselor a co-worker of her mother’s, who lived in the home with Green and her children, touched her inappropriately and kissed her. She said she told her mother and was scared to go home.

During a forensic interview at Patsy’s House, police said the victim disclosed multiple incidents where the suspect sexually abused her.

According to the affidavit, the victim told authorities one such incident occurred while they were traveling somewhere between Lawton, Oklahoma, and Wichita Falls.

The victim told the interviewer the suspect was seated in the back seat next to her and that he grabbed her hand and put it down his pants. She said she immediately pulled her hand away.

The victim also told authorities of another incident that occurred at their residence on East Fifth Street in Wichita Falls. The victim said she was sitting on the couch watching the suspect play a video game, and when Green left the room, the suspect placed his hand on what the victim referred to as her “front private parts”.

The victim then said she told Green, her mother, about the incidents and that her mother said she’d take care of it.

When police interviewed Green, they said Green told them she had no knowledge of the incidents and that the victim never told her about them. She did confirm they took a trip to Lawton, that the suspect lived at the residence, and that she and the suspect were in a relationship, along with her husband.

The affidavit said Green told police the victim would not make something like that up, and that if the victim said it occurred, she believed her.

According to the affidavit, the police interviewed the suspect, who also confirmed the Lawton trip and living at the residence with the victim’s parents, but denied ever touching the girl or forcing the girl to touch him.

The suspect told police he is a registered sex offender and that he is on parole, and that although he is not allowed to be around children without supervision, he had been around Green’s children unsupervised in the past.

The suspect also admitted to having a sexual relationship with Green, but without the husband’s knowledge.

According to the affidavit, the suspect told police Green had approached him and asked him if he had touched the victim, which he denied.

The affidavit said a CPS investigator contacted police the next day, March 24, and said she interviewed the victim’s siblings.

The investigator told police that one of the victim’s siblings said the victim told them about the suspect touching her, and that when the victim and the sibling went and told Green, she told them to “not worry about it” and that she would talk to the suspect.”

The victim’s sibling told the investigator their mother later told the victim that the suspect denied touching her, and the victim began crying at the time.

Police issued a warrant and Green was arrested on Thursday, April 7. Her bond was set at $20,000.

What we know about the Texas school shooting timeline

States divided on gun controls, even as mass shootings …