It carries a similar meaning and feeling as the acrostic “YOLO”, meaning “You Only Live Once”.

However, many people who have uttered the name have no idea why, or where it comes from.

It’s not uncommon to hear someone yell the name “Leeroy Jenkins” before doing something out of the blue, potentially dangerous, or the exact opposite of something they were expected or told to do.

In fact, a Google search of the name “Leeroy Jenkins” returns over 333,000 results. It’s an internet meme that has crossed over into everyday colloquial speech.

But, where does it come from? Who was Leeroy Jenkins, and why do so many people just yell his name?

Who is Leeroy Jenkins? 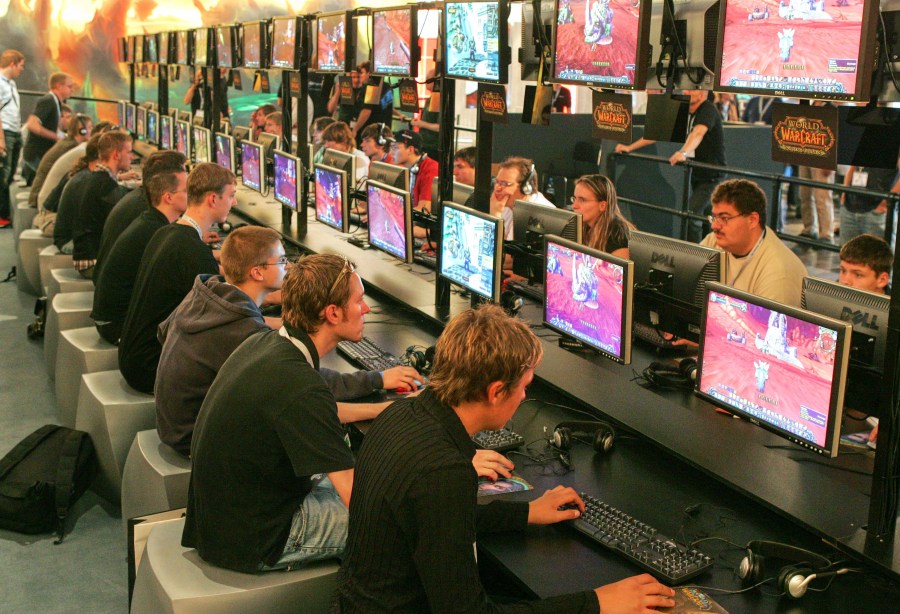 Like many popular memes, Leeroy Jenkins finds its origins within the gamer community.

Leeroy Jenkins was the username of a man named Ben Schulz in the popular MMO, or massively multiplayer online game, World of Warcraft.

In 2005, World of Warcraft was growing into the gaming phenomenon it eventually became, with hundreds of millions of players worldwide.

So, how did one user become arguably the most famous in World of Warcraft history?

Why did Leeroy Jenkins become so famous?

Leeroy Jenkins became a household name after a video was uploaded to a World of Warcraft fan site called Warcraft Movies by a guild called “Pals for Life”, a group of college students playing for fun.

The original post asked for constructive criticism of guild’s gameplay in their seventh attempt to pass a level called “The Rookery” in an area called “Upper Blackrook Spire”.

The level is known for having a multitude of foes teams must defeat.

For a minute and twenty seconds, the team of a dozen or so gamers discuss a strategy while the user Leeroy Jenkins appears to be away from their headset, not hearing any of the plans being made.

One of the guild members even runs statistics for how the guild would fair in the encounter.

The entire purpose of the guild entering into this particular encounter was to earn Leeroy Jenkins a piece of armor he was lacking, and the team was getting their game plan together to do just that.

Then, seemingly out of nowhere, a voice can be heard saying, “Alright, chums, I’m back.” Then, Leeroy Jenkins’ character jumps into action and begins running into The Rookery, saying, “Let’s do this!”

Then, after rushing headlong into battle, ignorant of the strategy planned by his team, the player famously yells his own username, “LEEROY JENKINS!”

After a moment of silence, one of the guild members said, “Oh my god, he just ran in.”

From there, the guild proceeds to fail the encounter in extravagant fashion, shouting an expletive-laced tirade of disappointment, all directed at their guildmate, Leeroy Jenkins, as every single player dies.

Towards the end of the 2:51 video, one of the members said, “Leeroy, you are just stupid,” to which Leeroy responds, “At least I have chicken.”

It wasn’t until August of 2006 that the video was posted to YouTube for a second time that it became an internet sensation.

The video has been uploaded to YouTube a multitude of times, the most recent gaining over 20 million views even though it was posted nearly a decade after the original encounter.

It has been mimicked in other video games and the real world alike.

Since becoming an internet sensation, Leeroy Jenkins has been mentioned in several television shows and movies, including My Name Is Earl, Psych, and Family guy.

Leeroy Jenkins was even mentioned in an answer on the game show Jeopardy in 2008.

Today, 17 years after a group of college kids posted a World of Warcraft video online, Leeroy Jenkins continues to be a commonly referenced and circulated meme.