WICHITA FALLS (KFDX/KJTL) — Officials with the Wichita Falls Police Department announced on Friday, December 2, 2022, the arrest of a 23-year-old man in connection to the city’s eighteenth homicide of the year. 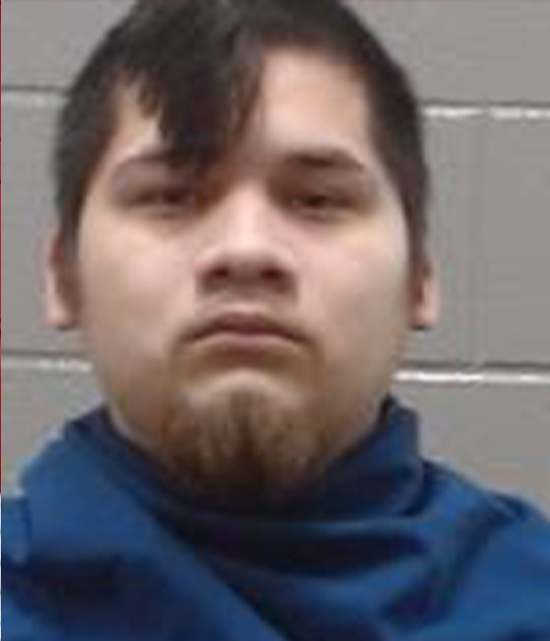 According to a press release from Sgt. Charlie Eipper, WFPD’s Public Information Officer, officers responded to the North Texas State Hospital on November 20, 2022, at 3:12 pm to investigate an assault.

Sgt. Eipper said the suspect and the victim were clients in the hospital. The victim, Mauricio Garcia, 57, was transported to the URHCS where he was admitted for medical attention.

Sgt. Eipper said Garcia died from his injuries on Wednesday, November 30, 2022, and his body was sent for autopsy.

The WFPD detectives received the autopsy results on Friday, December 2, 2022, which indicated the cause of death was blunt force injuries. The report also indicated the manner of death as a homicide.

An arrest warrant for the offense of murder was obtained by the WFPD Crimes Against Persons detectives for the arrest of the suspect. The suspect, Johnny Rivera, 23 was arrested on Friday, December 2, and is currently in the Wichita County jail on a $1,000.000.00 bond.

According to Sgt. Eipper, this is the 18th homicide in Wichita Falls for the year 2022. The homicides are listed as 16 murders, one manslaughter, and one officer-involved shooting.

This is a breaking news story. Stick with Texoma’s Homepage for updates as more information becomes available.

Which Valentine’s Day gift will be the most popular …

Before picking up the conventional bouquet or box of chocolates, here are seven Valentine’s Day gifts that will be the most popular in 2023.

How to stay inside this Valentine’s Day by ordering …

No matter which wine you’re looking for this Valentine’s Day, from cabernet to pinot grigio, you’ll be able to find it online.

Since a romantic meal is the focal point for many couples on Valentine’s Day, having the best table decorations is crucial to creating the proper mood.

See the Latest Road Closures and Conditions from …