WICHITA FALLS (KFDX/KJTL) — Authorities have taken one male into custody following a high-speed chase that began in Clay County and ultimately ended in Wichita County. 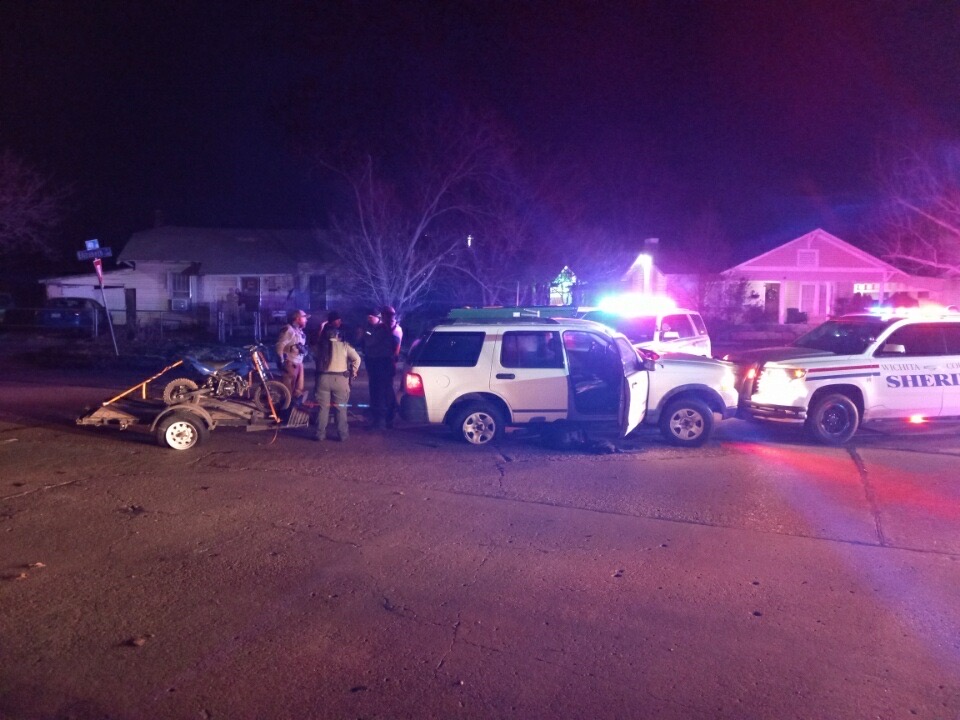 According to our crew at the scene, one male subject has been taken into custody following the chase that involved a white Ford Explorer pulling a trailer.

Authorities said the suspect was traveling northbound on U.S. 287 from Clay County. The vehicle came to a stop after exiting the freeway and ending up at the intersection of Elizabeth Avenue and Clark Street near downtown Wichita Falls.

According to scanner traffic, a spike strip was successfully deployed, damaging the vehicle’s tires.

Although the use of a spike strip is unconfirmed at this time, our crew on the scene has confirmed several ties on the vehicle, and the trailer being pulled by the vehicle sustained heavy damage.

It is unclear at this time what started the chase between the unknown suspect and authorities in multiple counties.

Details are limited at this time, but we have a crew on the scene of the arrest working to gather more information.

This is a developing story. Stick with Texoma’s Homepage for updates as more information becomes available.

Austin family to attend State of the Union Address

What the Tech: Strong passwords

Kyrie Irving to the Dallas Mavericks