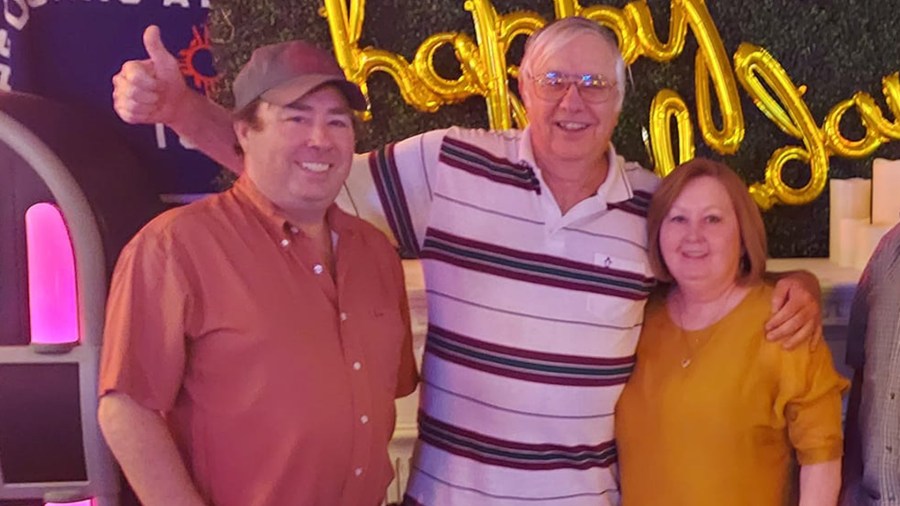 Benson was last seen on Wednesday, November 9, 2022, before he disappeared without a trace from his home off Highway 70 in Cotton County, Oklahoma, about 10 miles outside of Randlett.

Benson’s son, Grady, said his father brought him dinner that evening, then helped him fix a flat tire on his plow. Grady later told his dad goodbye and left his residence. As of December 2, 2022, Grady was the last person to see his father.

Maxine Benson, Bruce’s wife of 49 years, said her husband has never done anything like this in the past. And nearly a month, the family still has no real leads in their search, despite a $25,000 reward posted by Maxine and her family for information that leads to Benson’s location.

Lori Hedges, a deputy with the Cotton County Sheriff’s Office, as well as the county’s Director of Emergency Management, said she’s known the family her entire life, and she grew up with Grady, finishing school a few years prior to him.

Hedges said from what she knows of Bruce, this doesn’t make any sense.

“I mean nobody knows what happened,” Hedges said. “They’ve not seen anything, heard anything. It’s like he woke up or got home and just disappeared in thin air.”

Hedges said she’s not the only one who has that feeling, either.

“The sheriff and undersheriff have both done this job for 30 years, and they’re both the same way,” Hedges said. “They have never seen anything like this.”

Hedges led the initial main search effort for Bruce, calling in every law enforcement agency within 15 miles or so, including the Stephens County Sheriff’s Office and the Temple and Randlett Fire Departments. She said the Oklahoma State Bureau of Investigations is also working to locate Bruce.

“We need all the help we can get,” Hedges said. “This does not make any sense at all.”

Based on a recent Facebook update, the OSBI is now referring to Benson’s disappearance as “suspicious” and is asking for anyone with information on Benson’s location to come forward and contact them. OSBI officials said those submitting tips can remain anonymous.

Bruce was last seen wearing a white t-shirt, blue jeans, and worn red wing boots with the steel toe showing through. If you have any information that could help authorities, you’re urged to contact the Cotton County Sheriff’s Office at (580) 875-3383, or contact the Oklahoma State Bureau of Investigations by calling (800) 522-8017 or by emailing tips@osbi.ok.gov.

Which Valentine’s Day gift will be the most popular …

Before picking up the conventional bouquet or box of chocolates, here are seven Valentine’s Day gifts that will be the most popular in 2023.

How to stay inside this Valentine’s Day by ordering …

No matter which wine you’re looking for this Valentine’s Day, from cabernet to pinot grigio, you’ll be able to find it online.

Since a romantic meal is the focal point for many couples on Valentine’s Day, having the best table decorations is crucial to creating the proper mood.