WICHITA FALLS (KFDX/KJTL) — Officials with the Wichita Falls Police Department said a woman stabbed her husband after arriving at a Goodwill in Wichita Falls under the influence and threatening to light his truck on fire.

Kristie Lavon Henshaw, also known as “Grumpy”, 43, of Olney, is charged with aggravated assault with a deadly weapon. She was booked into the Wichita County Jail on Wednesday, September 21, 2022, on a $15,000 bond.

According to authorities, the assault occurred just after 6:30 p.m. on Wednesday, September 21. WFPD officers were dispatched to Goodwill in the 4600 block of Southwest Parkway in reference to an assault with a weapon. 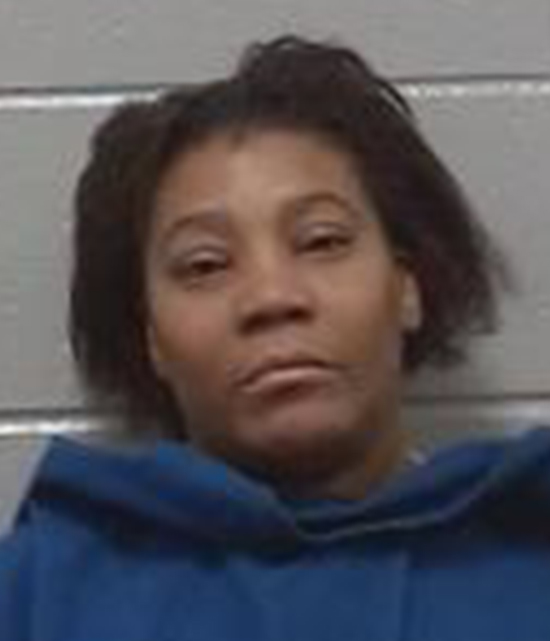 Police said the victim, who identified Henshaw as his wife, told them he had arranged to meet Henshaw at Goodwill in order to pick up his pickup truck from her.

The victim told authorities Henshaw showed up at Goodwill “under the influence” and refused to give him his truck, then threatened to light the truck’s gas tank on fire with some papers on the passenger’s seat.

According to police, the victim told them he was holding the driver’s side door of the truck open, and Henshaw was inside the truck when she pulled an open pocket knife and stabbed him on the left side of his abdomen near his belt line.

Responding officers reported that the victim had a cut on his left side and was bleeding.

The reporting officer said other officers who responded to the scene prior to their arrival already had Henshaw detained when they got to the scene. She was transported and booked into jail without incident.

A records check on Henshaw revealed nine prior arrests, mostly for a multitude of traffic violations.

In August 2012, Henshaw again was again alleged to have committed an assault and her charge was elevated to continuous violence against the family. That charge was later dismissed.

Henshaw has three convictions for driving while intoxicated in counties other than Wichita County, and she was convicted of forgery of an elderly person in Baylor County.