WICHITA FALLS (KFDX/KJTL) — Following the announcement by officials with Midwestern State University of the resignation of President Dr. JuliAnn Mazachek on Wednesday, January 11, 2023, leaders with MSU Texas and the Texas Tech University System are looking ahead to the future of the university. 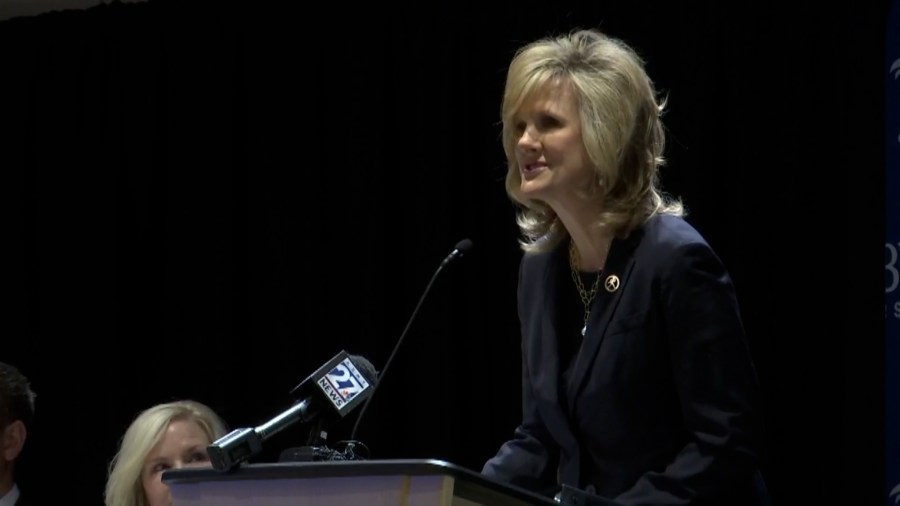 It was a homecoming of sorts on Wednesday afternoon at Washburn University in Topeka, Kansas for Dr. Mazachek, where she spent three decades dedicating her life to higher education prior to becoming the 12th president of MSU Texas in March 2022.

In a ceremony held at Washburn University on Wednesday, January 11, Dr. Mazachek was introduced as the school’s next president.

“It is exciting to be here today at Washburn University today being introduced as its new president,” Dr. Mazachek said. “Today is a remarkable, memorable, and life-changing day for me, one I had only dreamed about through the years.”

Dr. Mazachek’s dream came true after she served just 10 months as the president of MSU Texas.

Tedd L. Mitchell, M.D., Chancellor of the Texas Tech University System, which MSU Texas joined in 2021, said although Dr. Mazachek’s time in Wichita Falls was short, she was able to make an impact in that time.

“We’re actually very proud, number one, of the work that JuliAnn Mazachek did in the short period of time that she was here at MSU,” Chancellor Mitchell said. “Number two, we’re proud of the fact that at her home base, if you will, at Washburn university, she was called home to help them, and so we’re very happy for her.”

Chancellor Mitchell said it’s very common and understood in the world of university administration when a faculty member leaves a university to return to their hometown campus or their alma mater.

Even though Dr. Mazachek expressed joy in returning to the university in which she spent decades of her life, Chancellor Mitchell said leaving MSU Texas wasn’t easy for her.

“Dr. Mazachek and I have had conversations over the course of the past week or so,” Chancellor Mitchell said. “And I have to tell you Dr. Mazachek was very emotional about this.

The contract included three increasing annual deferred compensation payments as an incentive for Dr. Mazachek to remain at MSU Texas through the duration of her contract. The following payments were set to be made on the following dates:

By leaving MSU Texas before those dates, Dr. Mazachek forfeited those payments, which total $300,000.

According to the contract, all that is required of Dr. Mazachek to terminate the contract before the term of the contract expired was 30 days’ notice given to the Chancellor. Officials with the TTU System said Dr. Mazachek did not breach her contract in resigning.

While Chancellor Mitchell said he’d been in communication with Dr. Mazachek about her impending resignation, those in Wichita Falls, including Dr. Keith Lamb, said they had no idea it was coming.

“I think we were all shocked by it when we initially learned,” Dr. Lamb said.

Now, MSU Texas finds itself without a president once again less than a year after hiring Dr. Mazachek. The reigns were passed to Dr. Lamb, who will begin serving as the interim president of MSU Texas. 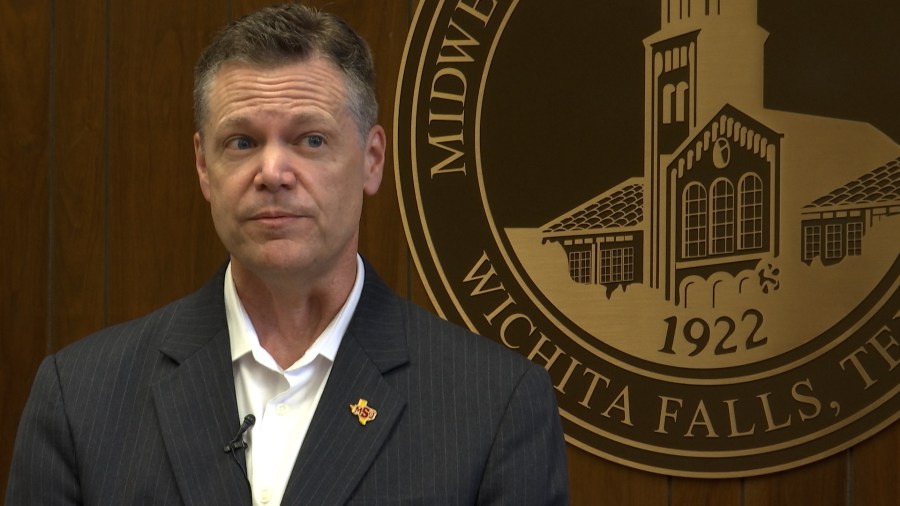 “We plan to keep everything moving forward in the positive direction that Dr. Mazachek really helped set us on,” Dr. Lamb said.

Prior to becoming the interim president, Dr. Lamb served at MSU Texas as the vice president for enrollment management and student affairs and chief strategy officer. He said he’s confident that the Wichita Falls community will rally around MSU as it has done so many times in the past.

“We are incredibly grateful for the community support, for what the community has done to make Midwestern what it is and will continue to do,” Dr. Lamb said.

Chancellor Mitchell expressed confidence in Dr. Lamb’s new role at MSU Texas and said he views him not just as a placeholder, but as someone who can advance the vision of the university.

“There are great times in front of us at MSU,” Chancellor Mitchell said. “And Dr. Lamb, I’m confident, is going to keep that moving forward for us in a way that we’re all proud of.

Soon, a nationwide search will begin for MSU’s thirteenth president following the formation of a search committee, which will be made up of community members and MSU alumni, to keep Midwestern State at the forefront.

Until they find their 13th president, however, Dr. Lamb and the MSU staff and faculty are committed to ensuring the Mustangs continue to move forward.

“The ideas we need, the energy we need, it’s here already,” Dr. Lamb said. “What I would say to people is that we’re going to continue moving forward in a positive direction and we’re going to have a really good spring.”

As a rare green comet gets closer to Earth, get the …

If you know where to look and have the right equipment, you just might be able to catch a glimpse of the green comet this week.

With their minimal, often single-ingredient formulas, The Ordinary and The Inkey List both provide an affordable way to get skin care tailored to your concern.

Ice fishing is a sport of patience and uncertainty. With an ice fishing camera, you can all but eliminate the uncertainty and closely observe your prey.