WICHITA FALLS (KFDX/KJTL) — A Wichita Falls man is charged with felony assault after he allegedly choked a woman and slammed her head on the ground for “ruining Thanksgiving” by contracting the flu and COVID-19, causing their plans to be canceled. 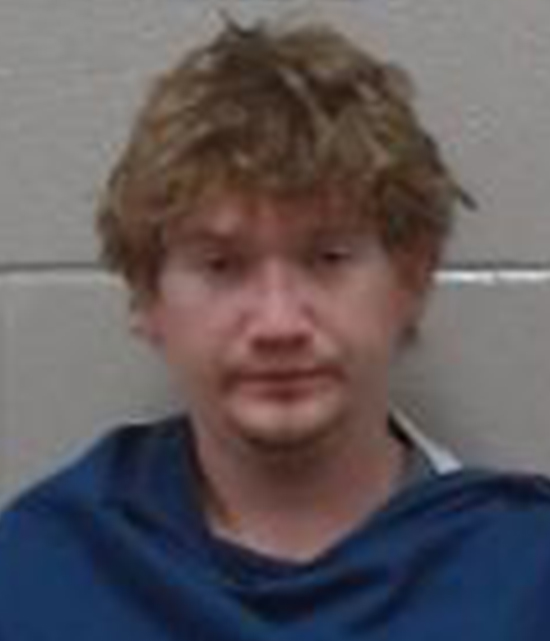 Taylor Bryce Parker, 28, of Wichita Falls, is charged with assault family violence choking, a third-degree felony. He was booked into the Wichita County Jail on Friday, November 18, 2022, where he is currently being held on a $5,000 bond.

According to the affidavit, officers with the Wichita Falls Police Department were dispatched to the 3000 block of Cunningham Drive around 2:15 p.m. on Friday, November 18, 2022, in reference to a welfare check.

Police said officers arriving on the scene made contact with the female victim at the front door. They said she had obvious bruising around her neck area, a small cut above her right eye, and what appeared to be fresh blood on her clothing.

A responding officer said the victim told him she was assaulted by the suspect, later identified as Parker. She said he’d been drinking and was angry with her for being sick. She told police she had the flu as well as COVID-19, and Parker got mad at her for “ruining Thanksgiving” because they would no longer be able to go to his mom’s house for dinner.

According to the affidavit, the victim told police Parker pulled her by her hair and slammed her down on the tile floor, then she said he put his foot on her throat, obstructing her breaking, and began choking her with his hands.

The victim told police Parker then continued to slam her head on the ground and told her that if she called the police she would be dead before they got there.

Police said they found Parker passed out in the bathroom. They said Parker admitted to drinking whiskey earlier in the day but denied assaulting the victim, claiming she fell.

According to police, Parker’s story was not consistent with the victim’s injuries.

Parker has several arrests on his record for assault, most of which were no-billed. He was arrested three times in 2019, in March, October, and December, on charges of assault. His December 2019 arrest was on a charge of continuous violence against the family.

Parker was also arrested in 2019 for violating a protective order, for which he served a short jail sentence.

In 2016, he was arrested for allegedly hitting a parked car and failing to remain at the scene or leave information while he was suspected of being under the influence.

How does ‘The Most Oreo Oreo’ compare to past flavors?

Treadmills arguably offer a better workout in a shorter time, but require greater levels of fitness to get started. Exercise bikes give a more manageable start.

If you’re looking to incorporate light strength training into your workout routine, but dumbbells just aren’t for you, then ankle weights may be perfect.

US to increase weapons deployment to counter North …