WICHITA FALLS (KFDX/KJTL) — A man wanted on a felony warrant has been taken into custody following a situation involving the Wichita Falls Police Department’s SWAT team on Thursday morning.

According to WFPD’s Public Information Officer Sgt. Charlie Eipper, WFPD officers recognized a male suspect walking down the street with an outstanding felony warrant for burglary on Thursday morning, September 29, 2022, at around 9:38 a.m.

Sgt. Eipper said officers also had a run-in with the suspect on Wednesday night, September 28, but he was able to escape from their pursuit. 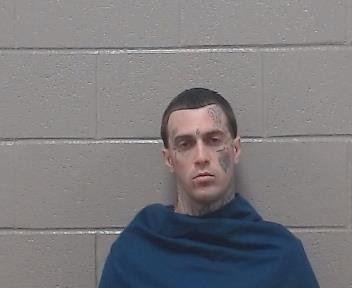 Dorian Clark mugshot from a previous Grand Larceny arrest in May of 2022.

According to Sgt. Eipper, the suspect was identified as Dorian Clark, 27, of Wichita Falls.

Sgt. Eipper said WFPD officers attempted to arrest Clark, who then took off running and entered the backyard of a residence in the 1300 block of Taylor Street.

Authorities said Clark began to make threats of self-harm, claiming he had a weapon on his person. In response, WFPD officers set up a perimeter around the residence in order to ensure public safety.

RELATED: Suspect sentenced after fleeing from deputies, located with drone

According to Sgt. Eipper, as SWAT and other officers were responding to the scene, officers already on the scene were able to talk Clark into surrendering himself into custody. Officers said he did not have a weapon on his person as he had previously claimed.

Clark was arrested on a felony warrant for burglary. Sgt. Eipper said a possible additional charge of evading arrest or detention may be forthcoming.

If you’re shopping for Valentine’s Day gifts, there’s a good chance you’ll find the perfect one for your significant other on Amazon.

If you’re looking for the best Valentine’s gift ideas to show your teenager you care, there are a ton of options in every category.

More rain, cooler temps in the forecast for Texoma