OKLAHOMA COUNTY (KFDX/KJTL) — A Wichita Falls man is being held without bond in the Oklahoma County Detention Center after the state’s attorney general filed murder charges against him for the 2019 overdose death of a 24-year-old Oklahoma woman.

Dylan Reed Richardson, 25, of Wichita Falls, has been charged with: 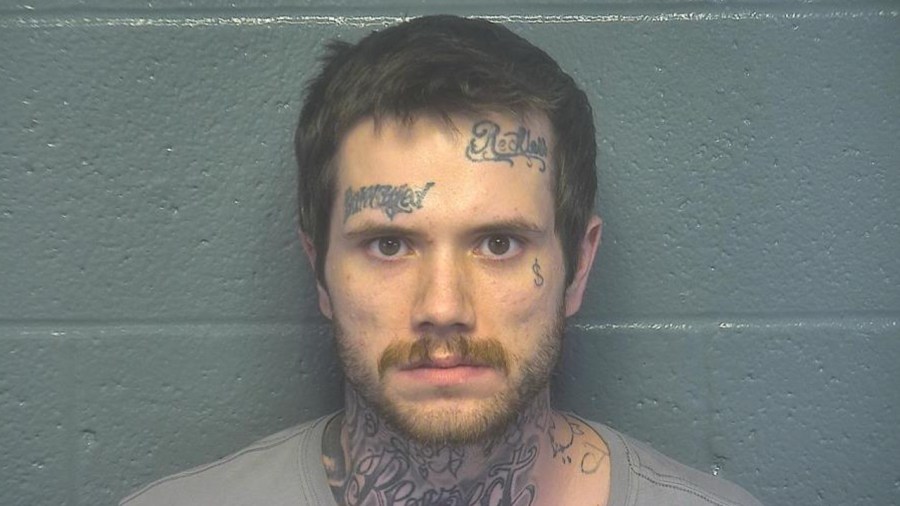 According to a press release from the attorney general’s office, Richardson was the alleged drug dealer who provided Grabber with the drugs that ultimately lead to her death.

A source close to the investigation said Grabber was found deceased in her family home by her sister in October of 2019 in Wewoka, Oklahoma.

According to the probable cause affidavit, Grabber’s stepfather found syringes and a spoon with residue on it in her purse.

According to the press release, the Hughes County Sheriff’s Department collected drug paraphernalia from the scene that was then delivered to the Oklahoma Bureau of Narcotics, who submitted them to the Oklahoma State Bureau of Investigations.

The release said the testing of the paraphernalia detected the presence of both methamphetamine and heroin. A later autopsy of Grabber confirmed the same two drugs, meth and heroin, were found in her system at the time of her death.

In August of 2020, an investigator with the Wichita County District Attorney’s Office executed a search warrant at Richardson’s residence. The affidavit notes that Richardson and Grabber were previously in a relationship and that a previous search revealed Grabber and Richardson in the home together.

During that search warrant, drugs and paraphernalia were found in the house, and Richardson’s iPhone 11 was seized. Richardson was then arrested for possession of drugs.

Richardson made a statement after being read his Miranda rights, saying Grabber had contacted Richardson, stating she wanted to get high. Richardson said he then contacted a dealer and obtained drugs.

Richardson said in his statement he then met Grabber in the parking lot of a hotel in Oklahoma City. He said he injected heroin into Grabber’s body. The affidavit said Grabber then left with the remainder of the drugs Richardson had purchased.

In the press release, O’Connor said he was thankful for the cooperation between OSBI, OBN, the Hughes County Sheriff’s Department, and the Wichita County District Attorney’s Office.

“We will continue to use every means possible under Oklahoma law to arrest and prosecute drug dealers who push deadly drugs like heroin into our communities. Although prosecuting the dealer will not bring Macee Grabber back to her family, it will take him off the streets. It will also send a clear message to drug dealers that going to prison for murder could result from every sale they make.”

Richardson has been arrested six times in Wichita County, according to a records check. In almost all of the arrests, Richardson faced a drug-related charge.

Prior to his arrest in 2020 for possession of drugs, Richardson was arrested for the manufacture and delivery of methamphetamine as well as the possession of heroin in 2019.