WICHITA FALLS (KFDX/KJTL) — The family of the surviving victim of a fatal head-on crash in Wichita Falls on Sunday morning is asking for help as she recovers from the serious injuries she sustained.

According to police, shortly before 2 a.m., Sunday, Oct. 2, 2022, officers responded to a report of a vehicle driving northbound in the southbound lanes of Central Freeway near Scotland Park.

According to WFPD spokesman Sgt. Charlie Eipper, a 2010 white Nissan Altima was driving north on the southbound side of the freeway and collided head-on collision with a 2012 Silver Chevrolet Malibu. The driver of the Altima was pronounced dead on the scene. 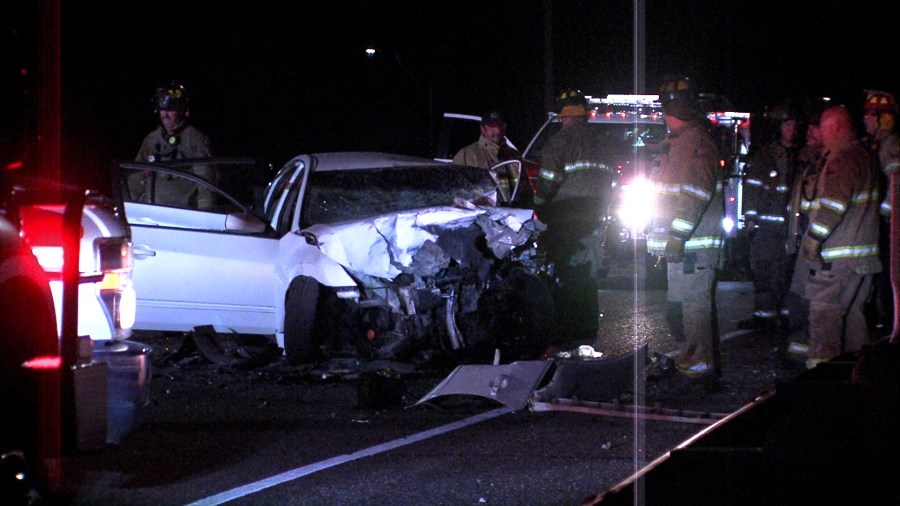 Dove’s older sister, Erin Hernandez, has organized a GoFundMe to raise money for her family, who will incur unexpected travel expenses and have taken on the task of providing childcare for Ebony’s daughter.

According to Hernandez, Dove has a broken arm, a fractured hip, and multiple breaks in both of her legs that will require surgery and a long recovery.

Their current goal is to raise $1,500 to help offset the cost of travel and childcare expenses.

RELATED: One killed in early-morning collision

“We are so grateful for all the prayers and donations we receive,” Hernandez said on the GoFundMe page. “Thank you all for everything you are able to help with and for the continued prayers.”

You can donate online to Dove’s family through their GoFundMe page.