WICHITA FALLS (KFDX/KJTL) — A hearing that was set to take place Tuesday afternoon in the case against the former president of the Patterson Auto Group charged with child sex crimes and trafficking has been delayed by a month.

THE LATEST: When is Anthony Patterson going to trial for human trafficking? 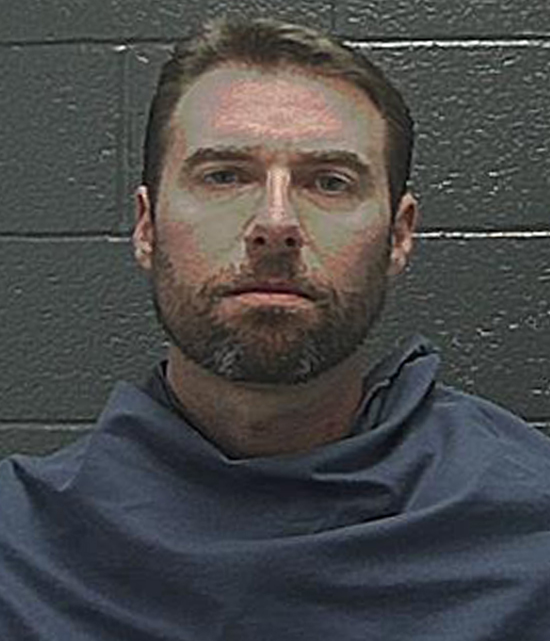 Anthony Ryan Patterson, 44, faces six felony charges following his February 2021 arrest, including indecency with a child by exposure and continuous trafficking of a person. If convicted, he could serve anywhere between 25 years to the rest of his life in prison.

On July 13, 2022, Patterson’s defense team filed two motions, one requesting grand jury transcripts and the other asking the court to order the Texas Department of Family and Protective Services to disclose confidential information.

A hearing regarding a motion by the defense was originally set for 1:30 p.m. on Tuesday, August 2, 2022, in the 78th District Court and will be presided by Judge Meredith Kennedy.

Court records indicate the hearing was canceled at the request of the defense and has been rescheduled for September 2, 2022, at 8:30 a.m.

It is unclear if the hearing will address one or both of these motions or another motion entirely.

The motion for discovery requests the court provide transcripts of each witness who testified before the Grand Jury that indicted Patterson in May 2021.

In addition, the motion requests the court provide the day and time those individuals testified, the identities of any witnesses not named in the motion be revealed, transcripts of all testimonies, and a protective order limiting the dissemination of the transcripts.

The second motion filed by the Patterson defense team requests the court order DFPS to disclose confidential records pertaining to the mother of the alleged victims in the case.

Particularly, the defense asked for any reports of abuse or neglect made and all documents, records, communications, and audio or video used to investigate any alleged reports.

According to the motion, DFPS records pertaining to Patterson’s alleged co-conspirator, Jandreana Bell, suggest the mother of the alleged victims has a significant and relevant history involving Child Protective Services, as well as a lengthy criminal history and a history of drug use.

Additionally, it was reported in Bell’s records that the alleged victims and their mother currently live with Bell’s family despite her alleged role in the child sex crimes Patterson is accused of, suggesting the possibility of abuse and neglect on the mother’s part.

The motion lists 14 instances in which the mother of the alleged victims was arrested, almost exclusively in Wilbarger County. Charges include multiple thefts, criminal trespass, and criminal mischief.

According to the arrest affidavit, the Wichita Falls Police Department began an investigation into allegations against Patterson of indecency with a child by exposure in December 2017 involving two girls, ages ten and eight, both from Vernon.

On January 27, an investigator with the Wichita County District Attorney’s Office met with Bell and her attorney where she was asked to identify “Anthony” from a photo line-up, which resulted in Bell identifying Patterson as the man she had met on the online website “Backpage’ in 2017.

According to the affidavit, Bell and Patterson would tell the victims, who were 8 and 10 years old at the time, to observe or participate in various sex acts, for which Patterson would allegedly pay Bell.

Patterson has been out of jail on bond since May 2021. Court documents state the bond conditions from Patterson’s February arrest remain in effect, which requires Patterson to:

Following Tuesday’s hearing on the defense’s motion, a pre-trial hearing is set for October.

Stick with Texoma’s Homepage for more information and details on the case following Tuesday’s hearing in the 78th District Court.

In wake of floods, typical barbs at Kentucky political …

Lightning fatalities: How common are they?

Project Back to School sees big turnout as kids prep …

WTT: APP OF THE DAY – MATHWAY

Tax-Free Weekend helps parents prepare for back to …

Project Back to School Roundup to be held Saturday