WICHITA FALLS (KFDX/KJTL) — The capital murder trial for a man accused of brutally beating an elderly woman with a blunt object and leaving the scene in 2019 continued Tuesday in the 30th District Court.

Byron Jack Rickard, 45, of Wichita Falls, is charged with capital murder for remuneration in the death of Ruby Ditto, 91, which occurred in April 2019.

Rickard also faces the felony charge of aggravated assault with a deadly weapon after allegedly attacking his roommate with a tire iron in December 2018.

The Wichita County District Attorney’s office, representing the State of Texas, called several witnesses to the stand to testify on Tuesday, August 23, 2022.

The jury of five men and seven women listened to the friend of Ditto who found her lying on the ground of the property she owned on North Beverly Drive testify on Tuesday morning.

Ditto’s friend testified that RIckard was working for Ditto at her rental property on North Beverly Drive and that she was inside the house painting on April 28, 2019, when she heard Ditto’s truck drive away from the residence.

Ditto’s friend said she came outside later and found Ditto’s body on the ground. She said she never heard any screams or cries for help, and said Ditto still had a faint pulse when she found her. She said she then called 9-1-1.

Later on Tuesday afternoon, the WFPD’s lead detective on this case testified that Rickard claimed during an interview to have been “outside of his body” during the events that transpired on April 28. 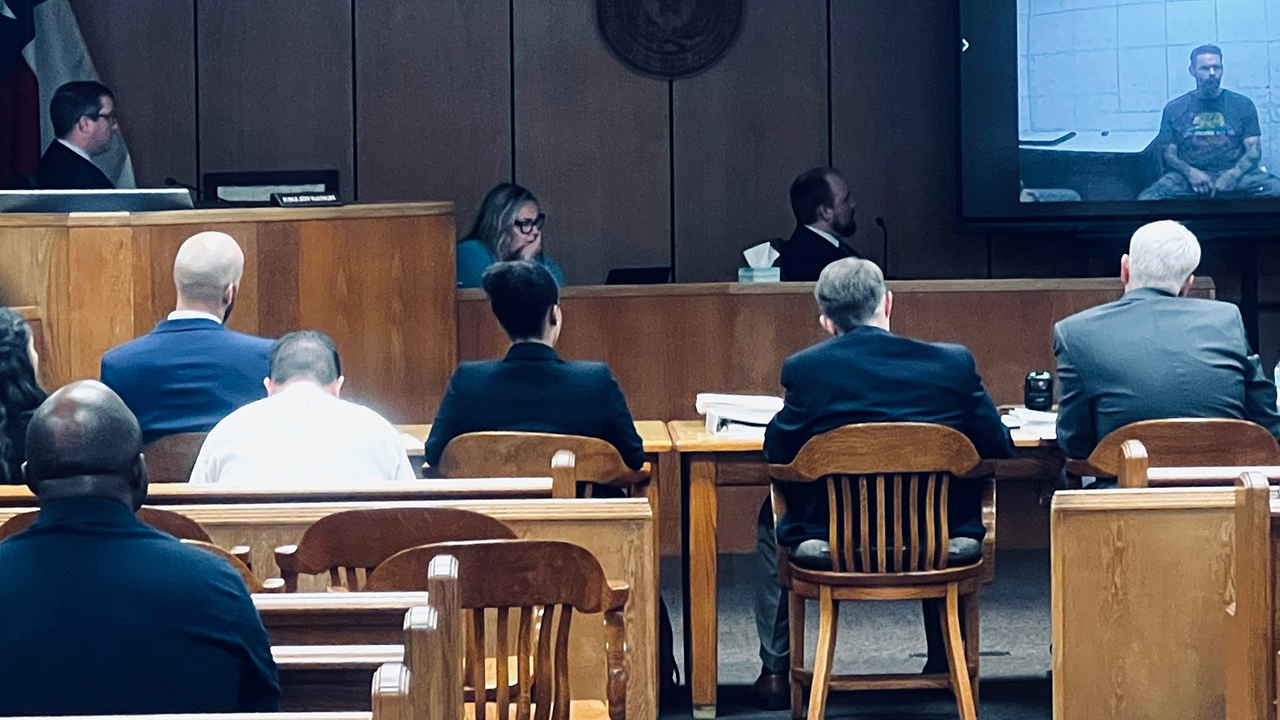 Video of Rickard’s interview with the WFPD lead detective taken in 2019, shown in court on August 23, 2022.

The video of the detectives’ interview with Rickard was played in the courtroom, showing Rickard claiming he has some type of psychic ability to watch himself outside of his body and that it “happens all the time”.

Rickard also claimed during the interview he has moments where he blacks out for several minutes at a time, of which he has no recollection of events that may have happened while he was blacked out.

Rickard said during the interview he had made an attempt to reach out to local mental healthcare facilities but said he didn’t want to “just get put on meds”.

Rickard could be seen on video rocking back and forth during the detective’s line of questioning. Many answers he gave were incoherent and consistent with that of a person either under mental distress or under the influence of drugs.

Rickard’s defense attorney David Bost cross-examined the detective, asking whether he had any way of knowing specifically what was going on inside Rickard’s head, to which the detective said he did not.

Bost then asserted there’s no way of knowing if Rickard indeed had the “specific intent” to brutally assault Ditto and that only Rickard knows what was going on in his head at the time. 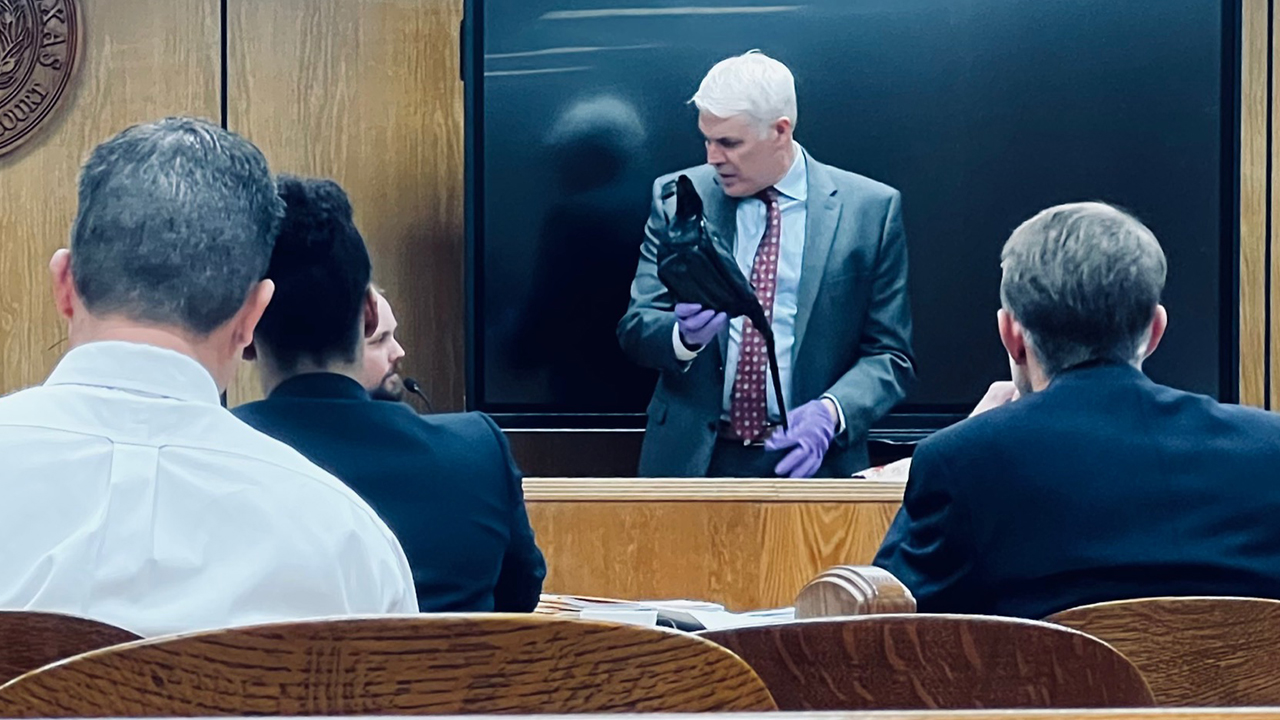 Gillespie countered, claiming circumstantial evidence from that day, such as Rickard fleeing from the scene, the discovery of Ditto’s Fanny pack in Rickard’s possession, and blood spatter is evidence, revealing Rickard’s intent to rob Ditto, murdering her in the process.

The State then presented crime scene photos from Ditto’s property where she was found, the truck Rickard drove, and Rickard’s residence.

Entered into evidence were several swabs taken from the truck and the crime scene that were sent to a forensic lab for testing, and scrapings from underneath Rickard’s fingernails and suspected blood off his hand.

The crime scene tech testified that in addition to blood spatter and Ditto’s Danny pack, a claw hammer was found in the truck and Ditto’s keys were found in a water heater pipe inside Rickard’s residence.

Topics likely to be addressed by witness testimony and other evidence in the coming days include Rickard’s criminal background and the status of his mental capacity to stand trial.

Rickard has a lengthy criminal history, with over 17 arrests since 1995. Charges against Rickard during that time include burglary of a building, burglary of a habitation, unauthorized use of a motor vehicle, theft, assault, theft of a firearm, assault family violence, deadly conduct, and numerous probation violations.

Rickard’s mental health is a topic likely to be addressed as well. In 2019, a judge granted a motion to have Rickard examined on the basis of his mental capacity to stand trial, and it was determined that he was not. New evidence discovered in late 2021 reopened the trial, however, according to court documents.

According to the arrest affidavit on Rickard for the charge of aggravated assault, he told detectives in 2018 that he had no memory of beating his roommate with a tire iron.

Court documents indicate an expert witness in mental health has been named to testify, and mental health records on Rickard have been subpoenaed.